The best reference for how government delivery models may change after COVID-19 can come from looking back at the devastation of Hurricane Katrina. 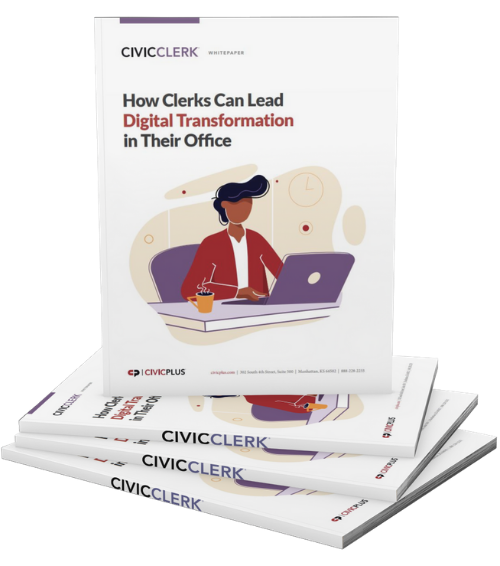 How Clerks Can Lead Digital Transformation in Their Office

Digital citizen self-service tools are not new. Citizens have been paying bills, submitting document requests, and watching council meetings online for years. These helpful engagement tools, however, have just exponentially showcased their value under the pressure of unprecedented circumstances.

Local governments from coast-to-coast are scrambling to protect the health and safety of their citizens in the wake of COVID-19, despite newly decentralized workforces, quarantines, and social distancing requirements. While citizen safety and each community’s concerted efforts to flatten the curve are of utmost importance, mandatory municipal operations, such as regular council meetings and open records request responses, must still go on. As a result, clerks and other government leaders have little time to assess how new offerings like the live-streaming of council meetings may have long-term implications for citizen engagement and service delivery expectations.

As we often do when trying to forecast societal changes in the wake of unprecedented circumstances, we can turn to the past for lessons learned. Perhaps the best reference for how government delivery models may change after COVID-19 can come from looking back at the devastation of Hurricane Katrina and how it changed the course of modern journalism.

Hurricane Katrina and the Legitimization of Online News

The surge of media attention, public fear, and paradigm-shifting behaviors resulting from the COVID-19 pandemic is reminiscent of life after Hurricane Katrina. While Katrina’s immediate impact was local, behavioral reverberations were felt nationally, and in many ways, changed how we, as a nation, receive information from trusted sources.

In 2005 when Hurricane Katrina devastated coastal areas across southeastern Louisiana and coastal Mississippi, news media was still primarily dominated by print journalism and broadcast television. Suddenly, however, as floodwaters encapsulated New Orleans, the region’s long-standing, trusted news outlet, the Times-Picayune newspaper, stopped its press for several days, evacuated staff (even those who were able to leave their flooded neighborhoods to get into the office), and shifted to a distributed news force model.

During the active hurricane and the weeks that followed during the massive recovery period, Times-Picayune reporters published news, information, instructions, and updates remotely and online via the newspaper’s sister media outlet, Nola.com. Not only was online journalism the most effective way for reporters to share rapidly developing news and information at the time, but it was also the best way for residents and their friends and family across the nation and the world to receive the kind of immediate, urgent updates that they desperately needed. Louisianans, and Americans as a nation of concerned citizens, could not wait until the next day’s delivery of the printed paper to know how many lives had been lost and what authorities were doing to rebuild New Orleans.

Perhaps even more unexpected were the ways that Nola.com opened up two-way dialog during the Hurricane’s aftermath. Tens of thousands of evacuated residents began using Nola.com’s forums and blogs to post pleas for help from rescuers, which helped direct life-saving aid and prioritize rescues. It also allowed residents to communicate to family and friends from whom they were separated that they were indeed safe and alive, years before Facebook would establish it’s “marked as safe” functionality.

At a time when online news was considered by many as “a fad,” or “something only young people used,” the unprecedented calamity that was Hurricane Katrina shifted communications online and legitimized the value and potential of the digital sphere. Even though readers initially had no other choice than to receive their news online, a majority continued doing so in the weeks, months, and years to come.

As a result of the ensuing paradigm shift to digital, in 2012, the Times-Picayune announced it was moving to only a three-day print publication schedule. Today, Nola.com continues to offer 24/7 online coverage.

It should be noted that it is not only Louisiana readers who shifted to online readership after Hurricane Katrina. Since 2009, many major metropolitan daily newspapers have closed, merged, moved to an online-only model, or reduced the number of days in which they print a physical edition. Such formerly established mastheads include the Rocky Mountain News, the Seattle Post-Intelligencer, the Detroit Free Press, The Detroit News, the Tucson Citizen, and the list goes on.

Lessons from Katrina: Digital Optimization and The Future of Gov Delivery

What do Hurricane Katrina and the rise of Nola.com tell us about the future of government service delivery in the post-COVID-19 era? They tell us that the burgeoning trend of digital transformation, what some traditionalists may call a fad, or only for the young and tech-savvy, is about to boom.

For those citizens who are participating in their first virtual meeting and realizing that the experience is just as immersive and valuable as in-person participation, not to mention more convenient amid the hustle and bustle of daily responsibilities, they will be more likely to continue digital engagement and virtual meeting participation when operations move back inside municipal office buildings.

Extrapolated further, citizens who, for the first time are paying bills online, asking questions through an online form, requesting digital copies of meeting agendas, and submitting online requests for public records, are realizing the legitimacy and convenience of online citizen self-service and digital gov delivery.

The only question that remains, is will local governments keep up with the new inevitable demand for online services when social distancing requirements lift and disseminated staff can return to their offices?

How to Prepare for the Inevitable Expectations for Digital Government Access

When social distancing restrictions lift, clerks who are embracing virtual meeting technology, online request forms, and digital agendas and meeting minutes should plan to reassess their procedures and workflows to approach them from a digital-first mindset long-term. As we saw in the wake of Hurricane Katrina, now that citizens are experiencing the benefits of 24/7 government access, digital dialogue, and virtual meeting participation, they will no longer be satisfied driving to city hall to pick up an agenda packet or waiting on hold for fifteen minutes to request a public record over the phone.

While the lasting effects of COVID-19, especially the loss of life, will be felt for years to come, the best thing local leaders can do is to learn from the experience and use those lessons to serve citizens in the future better than ever before. 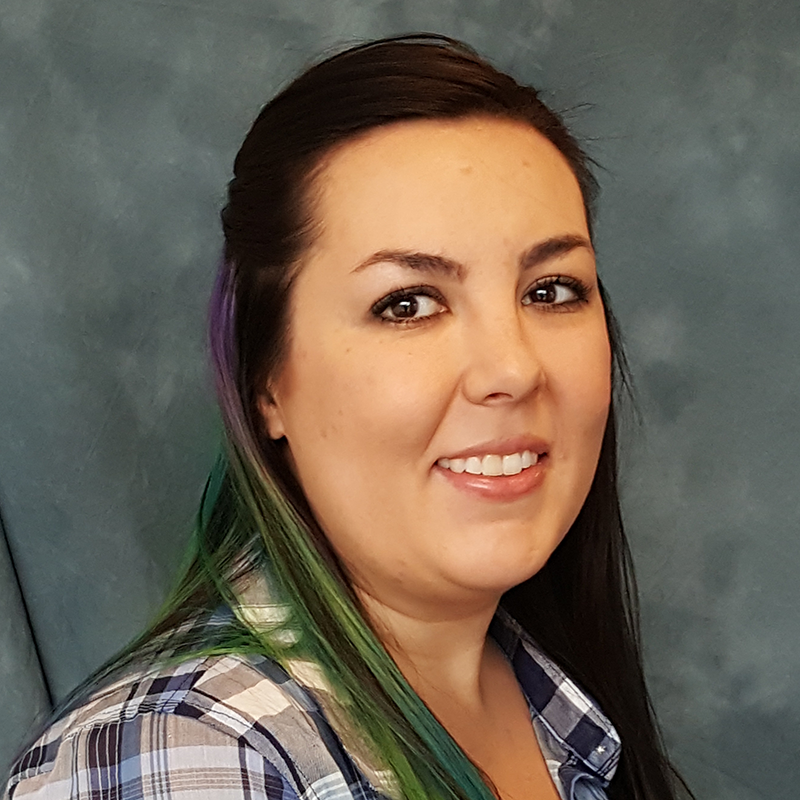 As the CivicClerk Solutions Manager, Megan is responsible for ensuring the product continues to evolve to meet the ever-expanding and shifting role of the clerk in the digital era. Before joining the product innovation team at CivicPlus, Megan worked for over 12 years as a city clerk. She draws on her public sector experience as she works with CivicPlus’ product developers and clients to customize the CivicClerk solution. Megan received the Certified Municipal Clerk designation from the International Institute of Municipal Clerks in 2014 and the Missouri Registered City Clerk designation in 2010. She has also been recognized among the "30 Leaders in their Thirties” Leadership Award by the North County Incorporated Regional Development Association of the St. Louis area in 2013.