How to Engage Citizens with Live and Recorded Video 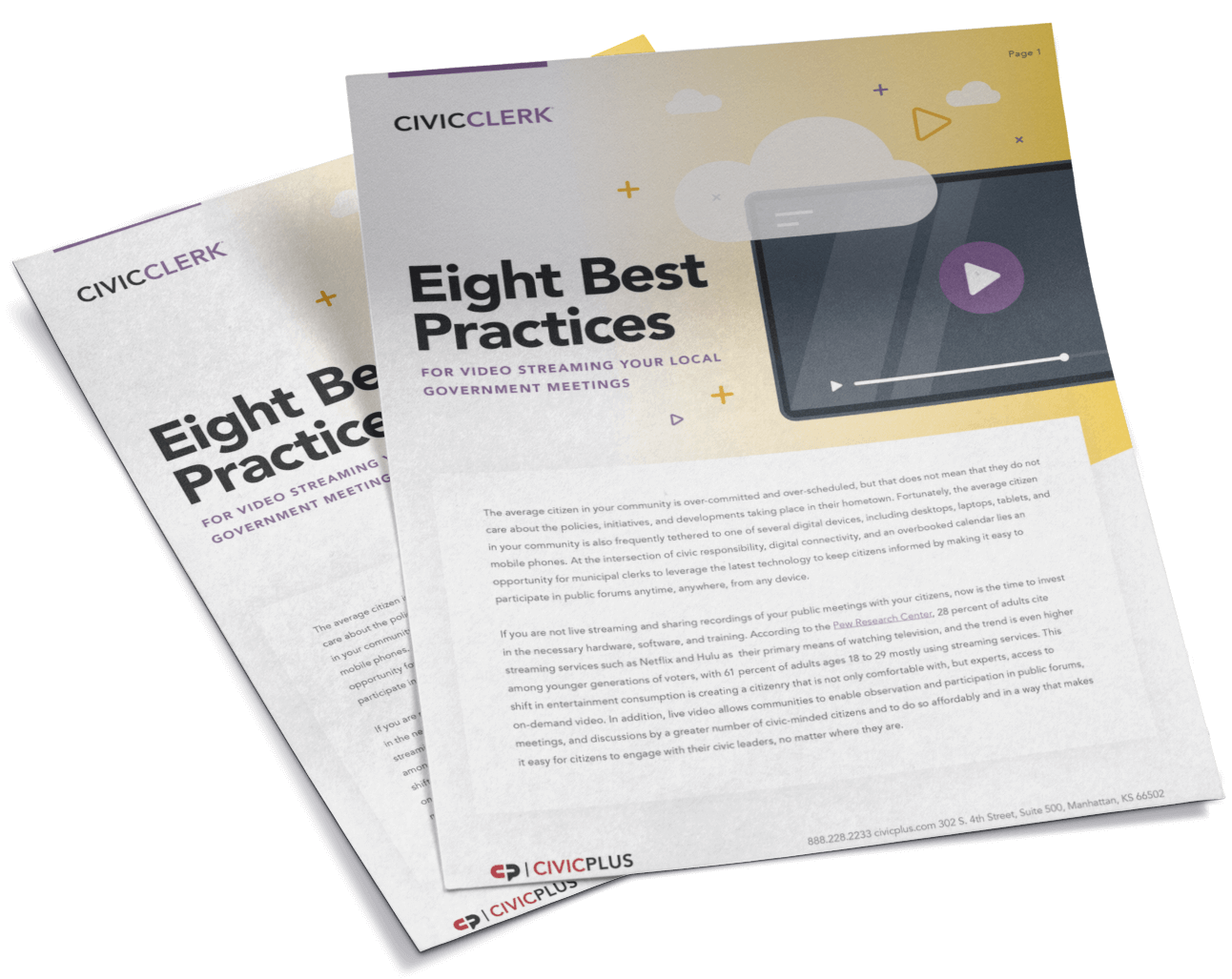 You don't need to hire a videographer to produce quality videos.

If a picture tells a thousand words, a video brings the story to life. Video has been proven to be one of the most effective ways to engage on social media. For local governments, that means that video is a powerful mechanism for sharing news, events, encouraging civic participation, building a brand, recruiting employees, and encouraging citizens to develop a sense of civic pride.

As a result of the number of social media users engaging with video, several popular video-focused social media platforms have emerged. Read on to learn what social video platforms are available to determine which is the best way to engage with your community.

According to Brandwatch, YouTube currently has over 1 billion users, making it the second largest search engine in the word behind Google, and the third most visited website of any kind behind only Google and Facebook. An astonishing 300 hours of video are uploaded to YouTube every minute and more than 3.25 billion hours of video are watched on You Tube each month.

Facebook allows users to add recorded videos to posts. It’s estimated that video uploads have become so popular on the platform, that Facebook now sees 8 billion average daily video views from 500 million users. In addition to recorded video sharing, Facebook has evolved its platform to allow users to post and share live videos. This functionality has the capability to be particularly effective for local governments looking to connect with their citizens.

Instagram’s 400 million users engage with this social platform to share photos, specifically from mobile device cameras. Most heavily utilized by younger demographics, Instagram offers local governments a platform to engage with young voters. Like the shift to video made by Facebook, Instagram is has evolved to meet users’ growing interests by allowing video footage to be posted to its user streams. When Instagram introduced videos on its platform, more than 5 million videos were shared in 24 hours.

If you wondering which social platform would best allow you to engage with citizens when sharing live video, Facebook, or Periscope, know that where Facebook Live has an advantage over Periscope, is that it has 171 billion users. Periscope’s 10 million users are minute in comparison, which means that local governments looking to engage a wide demographic of social media users with live video may be better off utilizing Facebook.

Remember that videos aren’t just for social media. They are a great way to engage citizens who visit your civic website as well. With an easy-to-use live streaming and recorded video solution, you can effortlessly incorporate recorded and live videos anywhere on your municipal website—no advanced technical knowledge required. Consider sharing videos of such content as:

Tips for Engaging Citizens with Recorded and Live Video

If you’re ready to broadcast the best of your community with video, follow these best practices and sharing tips:

If you're ready to begin engaging citizens with live and recorded video, click here to learn about CP Media from, CivicPlus®.

CivicPlus is the integrated technology platform for local government, working with over 3,500 local governments including municipalities, counties, and municipal departments. CivicPlus has been selected by Inc. Magazine as “One of the Fastest-Growing Privately Held Companies in the U.S.” since 2011. For more information about CivicPlus’ innovative product suite, including CivicEngage, CivicReady, CivicClerk, CivicRec, CivicHR, CivicCMS, and CP Connect, visit CivicPlus.com.