Before implementing a mass notification system, learn the truth about system functionality. 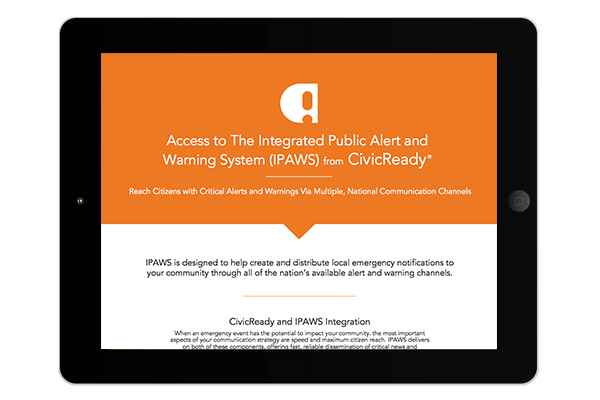 Learn how integration with FEMA's IPAWS can help you keep residents and travelers safe during a local disaster.

For a technology that is as vital a component to public safety strategy as the mass notification system, it is critical to set the record straight on the myths and facts that surround the efficacy of such solutions. With the level of publicity that some mass communication miscommunications such as the Hawaii missile crisis recently received, public safety officers considering adopting a mass notification system owe it to themselves and their citizens to understand the critical differences between system limitations and process errors.

Fact: Your mass notification system should include multiple confirmation steps, and with proper training, human error is avoidable.

According to the Governor of Hawaii and officials at the Hawaii Emergency Management Agency who commented on the missile warning message the state issued in error last, the message was sent during a twice-daily test that happens when employees switch shifts. It was reported that an employee accidentally selected a live alert, instead of a test alert. While Hawaiians were understandably flabbergasted that one simple keystroke could send such a detrimental and wide-spread notification, their system did include differentiated test and live warning environments and seemingly, a human error in system use resulted in widespread panic.

Today’s modern mass notification systems are designed to prevent such quick, inadvertent errors by prompting administrators to confirm their message and audience and clearly labeling the notification as live. The interface provides a preview message that allows administrators to see a key in both the test and live environments that indicate the message type, as well as the final drafted text before it is sent, as the last step, so that all information can be validated and confirmed.

Myth: Mass notification systems only allow you to reach subscribers.

FEMA’s IPAWS provides critical reach to all citizens and travelers at risk of an imminent threat in their area. IPAWS leverages national emergency communication channels, such as the Emergency Alert System (EAS), wireless emergency alerts, NOAA weather radios, and public warning systems such as televisions, radios, sirens, and digital road signage. By choosing a mass notification system and solution provider capable of integrating your system with IPAWS, you can target those directly in the patch of danger, whether it be an active shooter event, an oncoming tornado, or a wildfire. In the most advanced cases, public safety personnel can choose to target their message by drawing a polygon shape on a map. The message will be sent via WEA messaging to any accessible device for anyone—subscribers or non, citizens or travelers—within the boundaries of the endangered area.

Myth: It takes too long to write and send a warning message using a mass notification system.

What outraged so many Hawaiians during the missile miscommunication crisis, was not the human error—it was the fact that it took 38 minutes for a correction to be issued using the same system. In retrospect, the system used by Hawaii represented an older system with more limited functionality and a less user-friendly interface. Public safety experts agree that if the interface that Hawaii’s emergency personnel used was more intuitive to use, such a message could have been sent in seconds—not 38 agonizing minutes.

Unlike older systems with less streamlined functionality, today’s high tech mass notification systems are designed to enable the quick creation and distribution of urgent communications by defining each step and field within the interface so that users do not have to reference training materials to create a manual notification. With an understanding that local governments face such threats as natural disasters, active shooters, and other risks, today’s systems are designed so that administrators can create, confirm, and send a message in seconds and send it to a variety of communication form factors, including text messages, social media accounts, and digital road signage. Compared to the time it would take to create and issue the same notification via an email distribution system, multiple social media platforms, a website content management system, a digital road signage system, and a voicemail alert system, the time-saved is exponential.

The nation as a whole is learning the capabilities of mass notification technology and how to leverage such solutions effectively and responsibly to improve citizen safety. By breaking down miscomprehensions about technology limitations, the hope is for local governments to feel enabled and comfortable identifying a solution that fits the needs for their community, which means they are better equipped to implement a strategy that can more effectively and proactively keep citizens safe and informed during a local emergency.

To learn more about CivicReady®, the CivicPlus® emergency and routine mass notification system designed exclusively for local governments, click below.