What went wrong during the Hawaii missile miscommunication? Our experts weigh in.

Download: 10 Things to Look for When Choosing a Mass Notification System

Our checklist will guide you through the process of assessing and selecting a software tool to fit your community's needs.

On Saturday, January 13, residents of the state of Hawaii spent an agonizing 38 minutes believing they were about to be the victims of a missile attack. During those 38 minutes, loved ones came together, tears were shed, and citizens raced to find the safest form of shelter. The panic was caused by an alert distributed from the state’s emergency notification system—an alert that ended up being distributed in error.

The distributed message indicated that a ballistic missile was inbound to Hawaii and urged people to seek shelter. 38 minutes after Hawaiians were told to prepare for the worst, they received an updated communication stating that the message was sent in error and that there was, in reality, no impending missile. Officials explained that the incorrect communication was released because “an employee pushed the wrong button.”

While the relief this caused was overwhelming, there were also feelings of outrage among the misinformed citizens, demands to be better protected from future miscommunications, and questions of the accuracy of the state’s notification system.

At CivicReady® we are committed to the timely, and accurate distribution of emergency notifications for our local government clients. The CivicReady mass notification system has been designed to prevent the inadvertent dissemination of incorrect information to ensure that all messages may be trusted and actionable. To help communities questioning the efficacy of emergency communication systems, we have compiled five lessons learned from Hawaii’s missile warning error.

According to the Governor of Hawaii and officials at the Hawaii Emergency Management Agency, the error message was sent during a twice-daily test that happens when employees switch shifts. It was reported that an employee accidentally selected a live alert, instead of a test alert. Hawaiians were justly flabbergasted that one simple keystroke could send such a detrimental and wide-spread notification.

The CivicReady mass notification system is designed to prevent such quick, inadvertent errors. It prompts the administrator to confirm their message and audience, clearly labeling the notification as live. The interface provides a preview message that allows administrators to see a key in both the test and live environments that indicate the message type, as well as the final drafted text before it is sent, as the last step, so that all information can be validated and confirmed. 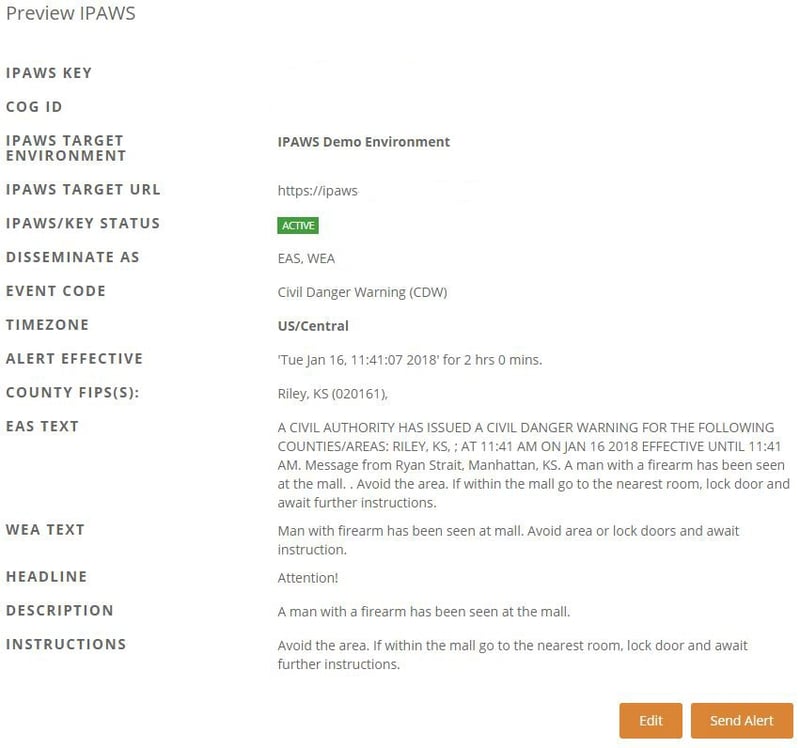 While an essential component of any emergency communication strategy, the IPAWS digital interface is not currently designed to offer the same level of communication quality assurance as a more robust solution, such as CivicReady. Rather than utilizing IPAWS as a standalone communication tool, local governments that use as their primary interface the CivicReady system, which then distributes via IPAWS’ channels, are better protected from potential error messages. 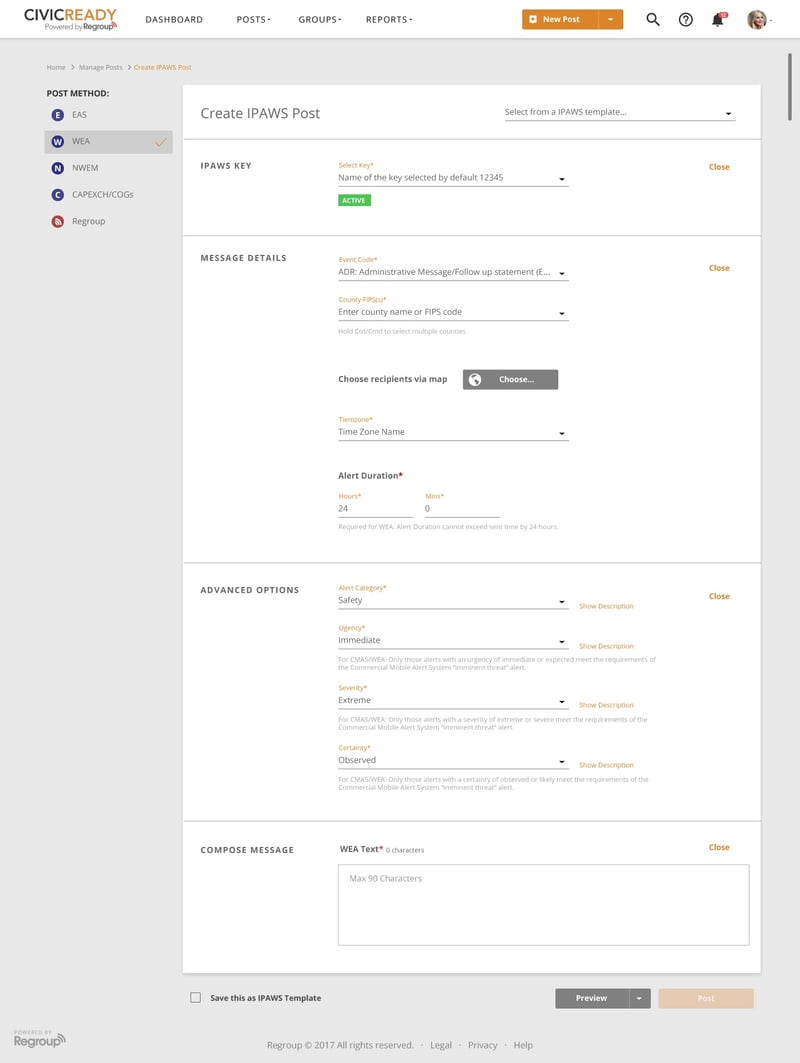 After the false missile alert was distributed in Hawaii, further complicating the ensuing panic across the state, emergency management staff were unable to cancel or recall the message. While messages were posted to social media immediately explaining the notification was an error, emergency management staff were unable to send a second, corrected communication out via the same notification system to all Hawaiians for 38 minutes. When eventually released, the clarifying message read, “Emergency Alert. There is no missile threat or danger to the State of Hawaii. Repeat. False Alarm.”

It is thought that if the interface being used by Hawaiian emergency personnel created a more distinct differentiation between the live and test environments, the manual error could have been avoided by human detection. To avoid such confusion, the CivicReady mass notification system’s interface displays the IPAWS key that is being used on the launch interface so there can be no mistake that the message being sent is live and will be relayed to all established IPAWS channels.

As an added layer of protection between test and live communications, CivicReady enables administrators to create test messages using predefined test templates that automatically pull in a test key to prevent test messages from being distributed live.

What outraged so many Hawaiians was not the human error—it was the fact that it took 38 minutes for a correction to be issued using the same system. If the interface being used by Hawaii’s emergency personnel was more intuitive to use, such a message could have been sent in seconds—not 38 agonizing minutes.

Every feature of the CivicReady mass notification system has been designed to enable the quick creation and distribution of urgent communications. The CivicReady system defines each step and field within the interface so that users do not have to reference IPAWS training materials or definitions to create a manual notification successfully. With an understanding that local governments face such threats as natural disasters, active shooters, and other risks, CivicReady has been designed so that administrators can create, confirm, and send a message in seconds. The system is so easy to use that even an administrator with minimal training would be able to generate and distribute an accurate warning or correction message quickly.

To learn more about how the CivicReady mass notification system will allow you to create and distribute accurate, time-sensitive information to keep your citizens informed during the event of a local emergency, click below to sign up for a commitment-free demonstration.