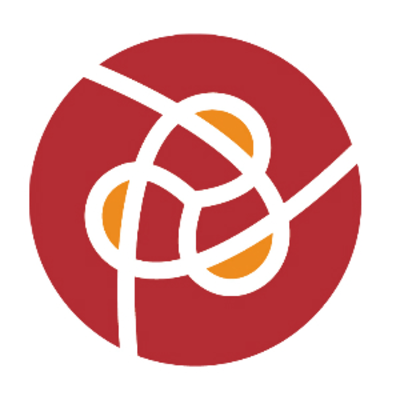 As the federal agency responsible for the stewardship of the lands and waters that make up the Port of Vancouver, the Vancouver Fraser Port Authority has the broad mandate of enabling Canada’s trade through the port, while protecting the environment and considering local communities.

The Port of Vancouver includes more than 16,000 hectares of water, more than 1,500 hectares of land, and hundreds of kilometers of shoreline, bordering 16 municipalities and intersecting the traditional territories and treaty lands of several Coast Salish First Nations.

The Port of Vancouver is about the same size as the next five largest Canadian ports combined. Home to 27 major terminals, the port can handle the most diversified range of cargo in North America: bulk, containers, breakbulk, liquid bulk, automobiles, and cruise. As the country’s gateway to over 170 trading economies around the world, the port handles $1 of every $3 of Canada’s trade in goods outside of North America. By enabling the trade of approximately $200 billion in goods, port activities sustain 115,300 jobs, $7 billion in wages, and $11.9 billion in GDP across Canada.

The Port and Civil Space teamed up to address the Pitt Meadows Road and Rail Improvements Project,  which aims to eliminate the rail crossings at two of the busiest rail crossings in the Lower Mainland of British Columbia. Currently, these crossings are blocked each day by moving trains for an average of one hour and 45 minutes at the worst point.

The Port team chose Civil Space to be its engagement platform, intending to mitigate the impacts of growing trade and goods movement on Pitt Meadows. The project needed to improve safety and community access by creating more reliable travel times and better emergency response options. For these goals to be met meaningfully with an engaged public, this meant equipping the Port team with the ability to reach further into the community than they had before and to hold a genuine dialog with Pitt Meadows residents about the potential project effects.

“You can only do one or two open houses, and not everyone will attend. You need to provide context to everyone, and digital tools enabled that."

New Tools for a New Team

Previously, contracted agencies managed engagements between the Port and municipalities. The Pitt Meadows engagement was unique, marking the formation of a new in-house Project Comms team to lead the process internally. This new four-person team needed to expedite their work, which meant leveraging a tool that allowed for near-term agility, along with a long-term strategic vision for an elongated feedback process.

Beyond just needing a flexible toolset, the Port’s Project Comms team wanted to ensure that it could create and run engagements in house, without needing to outsource every change and adjustment.

The Port team wanted to maximize its use of Civil Space’s cutting-edge user experience by creating an intuitive authorship and reporting interface. The partnership began with onsite training to get the Port’s authors, and engagement leads situated early and well. Meetings started with functionality demonstrations and an open Q&A of the platform and then training led to live test engagement creation. Before the training, the Port team was supplied with its unique Civil Space account so that it could work directly in the new instance and grow familiarity early.

Connecting the Port team with its account alongside its dedicated Civil Space trainer provided immediate opportunities for exploration. The Port team investigated question types, learned more about the unique capabilities of the platform, and collaborated on the digital engagement process.

Having traditionally worked with paper engagement methods like surveys and questionnaires, the Port team was pleased to have a range of digital methods available through Civil Space, including ranking questions, map annotations, and embedded media.

As they began to develop their strategy, however, the real value of a digital engagement became readily apparent: traditional paper engagements were reliant on presence, on manual circulation, and manual collation. With the Civil Space engagement, the Port could—for the first time—present a genuinely accessible experience.

Beyond the standard purview of access through medium—phones, tablets, computers, and WCAG compliant assistive devices—broad engagement accessibility is defined by context. Not only could the Port’s audiences now reach the engagement from any digital device, but they could also now immerse themselves in the surrounding contexts through additional information (i.e., via embedded videos, articles, and a project hub that outlined the engagement process from end-to-end).

Having the historical and consequential context surrounding the engagement, along with the ability to access the information and questions digitally from any device, provided the Port’s audience with complete access to both the interface and the meaning. 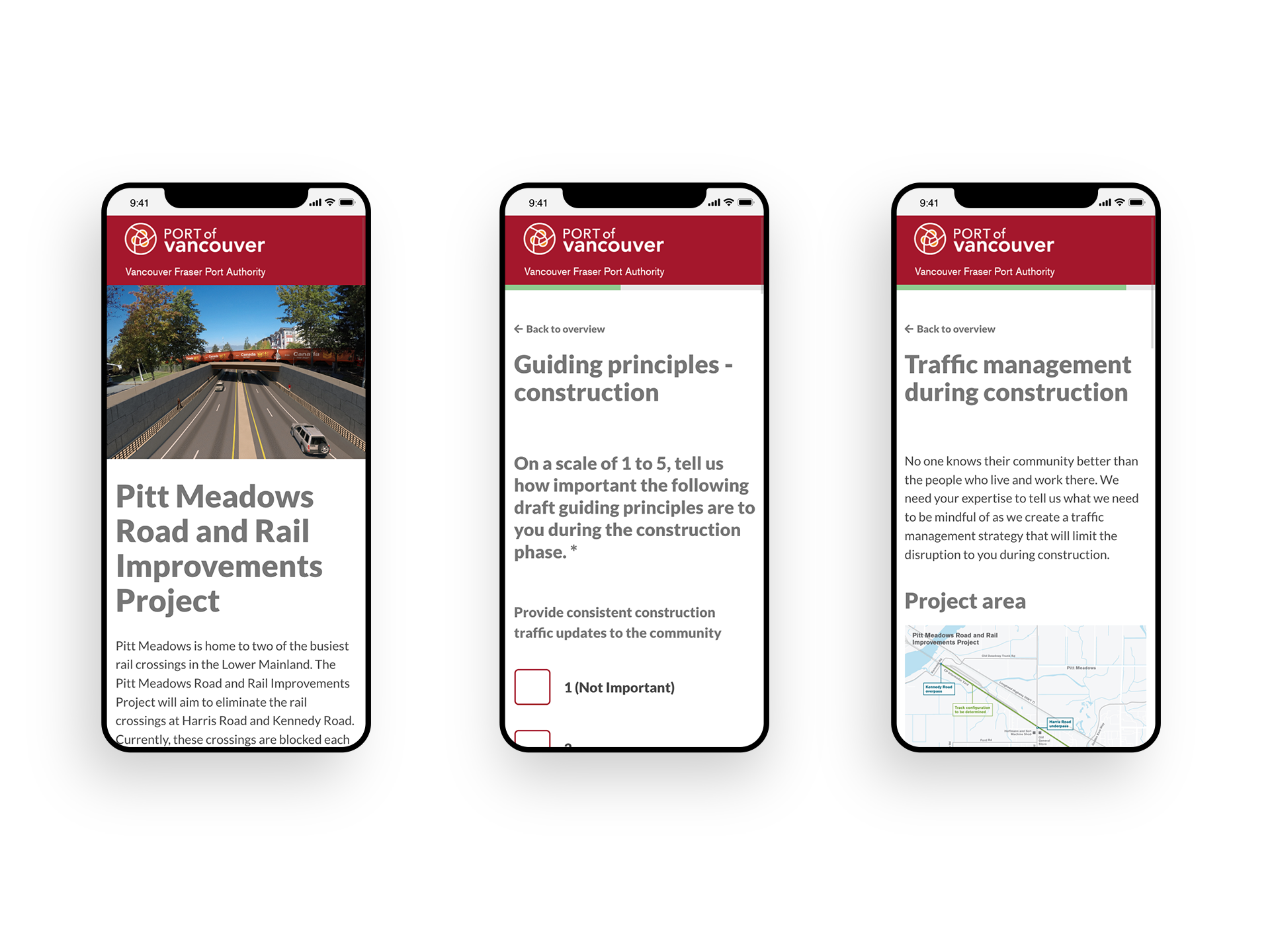 Launching a civic engagement is a delicate balance between fostering awareness, boots-on-the-ground exposure, and creating open space for inquiry, participation, and feedback. Between the Port Authority, the City of Pitt Meadows, and the Canadian Pacific Railway, there was buy-in across stakeholders and partners to spread the word and ensure that audiences had ample time, information, and context to participate. The three parties promoted the engagement via:

Finally, after an initial open-house session to launch and advocate for engagement participation, the Port team provided attendees with cards that held the engagement URL and handed out additional copies to interested citizens that couldn’t attend, neighbors, and coworkers.

Thanks to the campaigning and ease-of-access provided by digital access, the Port was able to quadruple its audience for the digital engagement experience

Engagements as a Launchpad

Previously, the most considerable number of participants in a Port engagement had been 72 people. At the close of the Pitt Meadows engagement on Civil Space, the Port had nearly 400 submissions started, with an 80 percent completion percentage.

Along with record-high participation, the engagement held over 800 comments from citizens, participating in forums and discussions across the engagement. With a new level of involvement, the Port team found itself inundated with profound insights to shape the Pitt Meadows project:

Moving forward in the longer-term strategic plan, the Port will soon be releasing reports to the community outlining “What We Heard,” which will quickly be followed by “What We’ve Done.” The Port team expects to have the project’s guiding principles refined, purely based on the themes and contributions surfaced through this engagement.