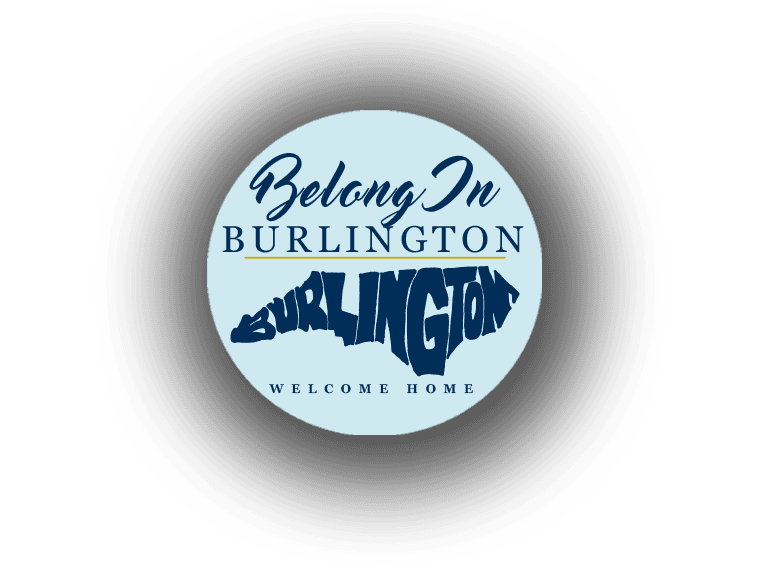 The City of Burlington is located snugly in the heart of North Carolina. The community of approximately 52,000 citizens is proud to boast the presence of some of the state’s greatest water resources, as well as its heritage as a city born on the railroad in the late 1880s.

For Rachel Kelly in the City of Burlington’s Office of Public Information, the city is always challenged with finding ways to stimulate greater levels of citizen engagement. Having a city website that can serve as a platform for news and information, and help to stimulate civic dialogue, is essential. Fortunately, thanks to the city’s long-term partnership with CivicPlus®, Kelly and her team have had the opportunity to continually evolve their city’s digital presence to take advantage of new and continue to optimize its civic engagement strategy.

“Our data told us that about half of our users were accessing our website from mobile,” said Kelly. “So, with our latest redesign, making our website mobile-friendly was priority number one.”

The City of Burlington has been utilizing CivicPlus’ CivicEngage® website content management system (CMS) for over a decade. Over the years, the City has worked with the CivicEngage design team to redesign its website and evolve its digital strategy. According to Kelly, the City’s latest website redesign, which took place in 2015, focused on giving its citizens exactly the features and functionality they wanted and needed most. To accomplish this goal, Kelly and her team took a qualitative and quantitative approach to building an informed redesign strategy.

“Our data told us that about half of our users were accessing our website from mobile,” said Kelly. “So, with our latest redesign, making our website mobile-friendly was priority number one.”

As part of its research, the City also engaged students from nearby Elon University’s business school to obtain feedback directly from residents.

“The Elon students conducted surveys with students, seniors, property developers, and other citizens, and they found that 48.8 percent of respondents found the website difficult to understand,” said Kelly. “That information helped us to focus on navigation and content as part of our redesign. We learned that we couldn’t just sit back and coast. We knew our redesign would give all our pages a fresher look, but I really wanted to make sure that the site structure was more intuitive too. That part of the planning process took the most effort.”

According to Kelly, enhancing the city website’s structure—and its 1,600-plus pages—meant a focus on navigation.

“We wanted to make the navigation more intuitive,” said Kelly. “The previous site was built based on our city’s organizational structure, which, we learned, was not how our citizens thought of our government. We ultimately wanted to enhance the site’s navigation, and refresh the overall design to give it a clean, modern, uncluttered look with streamlined graphics. We still wanted to look professional and trustworthy, but we also wanted a design that was completely unique and not ‘out-of-the-box,’ and not one that other government websites in our area were using.” 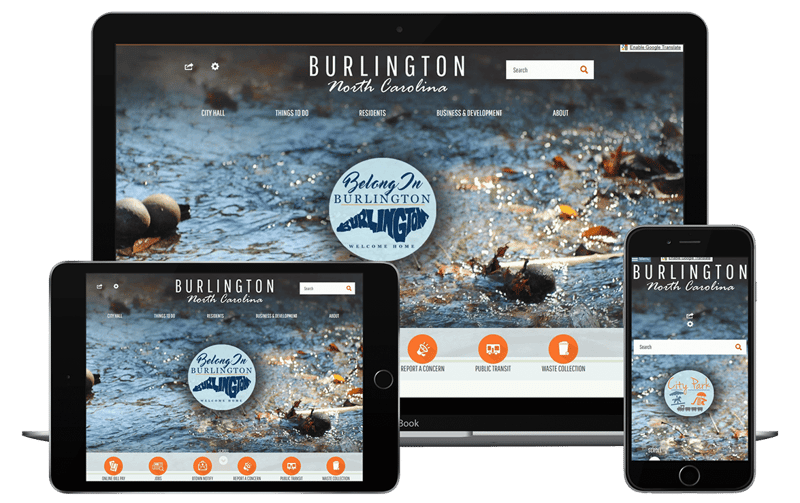 When it came to envisioning the look of the redesigned website, Kelly and her team drew inspiration from their citizen research, including the Elon University students’ surveys, and data obtained from user testing.

“When it came to the design, we were specific in what we wanted to see because we had done so much research. We told our CivicEngage design team what we wanted. They heard us and it only took two or three revisions to get the layouts to feel right. We also invested in three customized subsites for parks and rec, economic development, and our police department. Each of those departments manages the majority of their content updates.”

A Fresh Take on a Long-Standing Community

After the launch of its redesigned website in 2015, Kelly and her team received positive feedback from citizens. In addition, data the City obtained from CivicPlus validated that their informed strategic decisions had helped them to accomplish their goals.

“Ten months after the launch of the redesign, our website hits had increased 25 percent,” said Kelly. “In addition, I’ve had numerous anecdotal responses. Other communities frequently call to ask how we accomplished certain things, or what processes we follow, or for CivicPlus references. Just last week our Police Chief emailed me from a conference to share that one of his colleagues told him ours is the easiest government site to navigate he had ever used.”

Today, the citizens of Burlington are better able to find the information they want and need, and to navigate the City’s website.

“The user search and translate feature has been very valuable to our users,” said Kelly. “It makes it easier for citizens to find what they’re looking for, and it helps me by eliminating the need for duplicative content. Also, the translate feature has been very valuable, as 12 to 14 percent of our population speaks Spanish. Now, they can easily access the information they need.”

Also, according to Kelly, the addition of custom footers at the bottom of each page has helped citizens better direct inquiries and reach the necessary departments directly with their phone calls.

Kelly and her team announced the redesign of their city website during a city council meeting.

“We showed the City Council the new website right there, and since the media were already in the room, it allowed us to communicate to them as well. We received positive media attention because the story really was about more than just a prettier website. We had partnered with a local university and conducted user testing. We had recognized problems and had worked hard to address them. The new website was nothing our community had seen before.”

Looking to the Future

As part of the City, and CivicPlus’ commitment to constant evolution, Kelly and her team are already thinking ahead to their next planned redesign. Kelly plans to incorporate the results of the City’s upcoming branding exercise into the website’s next evolution.

“Our goal with the branding exercise is to give ourselves a more defined took. We have a fresh, new website, but we don’t yet have a city brand to hang our hat on. The next iteration of our website will focus on connecting the site with the city’s identified branding that comes from that exercise.”

In thinking about the next website redesign, Kelly plans to draw on the lessons learned from its recent experiences.

“For us, being successful was about deciding on our project goals, involving our community, CivicPlus listening to what we wanted and making it happen, and then watching it unfold and taking notes so that we can focus on what we want to do next.”

If your community is ready to redesign its website to ensure a more engaging citizen experience, get started with our free Local Government Website Redesign eBook.