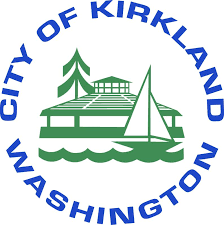 The City of Kirkland, Washington is known as the Jewel on the Waterfront, and for good reason. This progressive suburb of Seattle is situated along the east side of Lake Washington. Boasting breathtaking views of the Olympic Mountains, Kirkland’s over 80,000 residents love taking walks along Kirkland’s intricate waterfront trail system, enjoying the region’s natural parks, and participating in the wide variety of recreation events offered by the City’s Parks & Community Services Department.

When the Parks & Community Services team in Kirkland realized that they were facing the sunsetting of their current parks and recreation management software, they decided to take the opportunity to issue a request for proposal (RFP) and ensure they moved forward with a solution partner that would offer the most robust system supported by the most responsive customer service team.

The result was a partnership with Rec1 (Now CivicRec). The City of Kirkland’s successful implementation of CivicRec resulted in immediate day one success—a 32% increase in first day registrations—helping the community achieve its goal of offering citizens a user-friendly recreation registration solution.

“I went to a Park Board meeting and one of the members expressed that they really appreciated the new system and found it to be much simpler to use,” said Murphy. “I also have colleagues who work for other cities in Washington State but live in Kirkland. They have signed their kids up for some of our spring activities and shared that they thought the new system was very user friendly.”

— Linda Murphy, Recreation Manager for the City of Kirkland

In the last ten years, the City of Kirkland has annexed, doubling in size from a community of 40,000 to 80,000. As the City’s Parks & Community Services Department doubled the scope of its service offering, the size of its staff has remained the same. Still today, the Parks & Community Services Department requires a software solution that allows it to streamline processes such as activity management and registrations for its 80,000 active citizens.

To ensure it selected a partner that would be best suited to help it accomplish its parks and rec management goals, the City of Kirkland Parks & Community Services Department issued a large-scale RFP.

“We received eight applications,” said Linda Murphy, Recreation Manager for the City of Kirkland. “Of those eight, we narrowed it down to six that we interviewed. CivicRec was the clear choice based on their customer-friendly approach and the fact that their software offered all of the features and services we were looking for.”

Since The City of Kirkland manages community activities year-round, it was faced with converting to a new software system, and launching it while actively managing ongoing classes and registrations. The Parks & Community Services Department decided to implement an initial soft launch, followed by a full scale hard launch as part of its strategic, phased approach to the software transition.

The soft launch occurred on March 1, 2017 and included citizen registrations for picnic shelters and community classes.

“We took the eight remaining classes for the season that citizens had the option of registering for before the spring and moved them to the CivicRec system,” said Shawna Davis, Customer Service Supervisor for the City of Kirkland. “It was perfect. It gave us two weeks to promote CivicRec, and finalize our processes for registrations and account creation, before our hard launch date.”

The large-scale launch came on March 16 when The City of Kirkland opened the CivicRec software to its full slate of spring activities and classes. According to Murphy, the results exceeded their expectations.

“On March 16 we had 3,746 enrollments, which was a 32 percent increase from the previous year.” Murphy and Davis credit both their increased promotion of the new registration system, and the ease of account creation that CivicRec offers for the substantial increase.

“CivicRec provides citizens with immediate access to their pin and password when they create an account,” explained Murphy. “In our old system, citizens had to wait 24 hours while we manually issued their login credentials. We believe that aspect of our previous system caused us to lose many impulse purchasers. Citizens would see a class or activity and get excited about the idea of participating, but in the time it took us to issue their pin and password so they could register, many would lose interest and never end up registering at all.”

With CivicRec, citizens of The City of Kirkland are now able to register and remit payment for community classes and other activities in a single, streamlined transaction.

Davis also believes that CivicRec’s easy-to-use interface was a factor that helped to increase day one registrations.

“The system is intuitive enough that people can walk through it and not get stuck or frustrated. It helps ensure they complete the process of registering.”

Since implementing CivicRec, the Parks & Community Services Department has received compliments on the new system’s intuitive interface and user-friendly functionality.

“I went to a Park Board meeting and one of the members expressed that they really appreciated the new system and found it to be much simpler to use,” said Murphy. “I also have colleagues who work for other cities in Washington State but live in Kirkland. They have signed their kids up for some of our spring activities and shared that they thought the new system was very user friendly.”

Murphy and Davis believe that a key feature of CivicRec for its citizens is the picnic shelter registration tool. Now, citizens can self-manage this request and simply go online to rent a picnic shelter, rather than calling in to the administrative team. The Parks & Community Services Department has plans to further leverage the CivicRec system in the future by opening functionality that will allow citizens to rent more complex indoor facilities. As part of their future expansion plans, the Parks & Community Services Department also plans to implement a feature that will allow citizens to sign-up for community volunteer programs.

According to Davis, CivicRec’s ability to integrate with The City of Kirkland’s financial system has been particularly valuable.

“Our previous parks and rec software never spoke to our finance department’s financial system,” said Davis. “The two never linked up, which created a huge challenge for our finance department as they had to manually put money into GL codes and manually balance accounts in the mornings and evenings. While finance was doing their adjustments, citizens weren’t able to utilize the system, which limited the times of the day that they could register for activities. With CivicRec, our finance team no longer has to do such manual work and our citizens can register for activities any time of the day or night, which is ideal for those facilities with evening hours.”

CivicRec has also allowed The City of Kirkland to streamline a significant portion of its waiver documentation.

According to Davis, “One of the coolest things is the ability for citizens to sign our ‘hold harmless’ agreement while registering online. It appears on the instructors’ rosters so they can confirm they have all the waivers on day one.”

The City of Kirkland also values the enhanced support they have received from the CivicRec service team.

“I’ve felt great about the CivicRec support team,” said Davis. “I do have quite a few questions daily and they are quick to get back to me. The last few years with our previous vendor, the hold times were long and assistance was minimal because they wanted to transfer clients to their new system.”

Looking to the Future

After the success of its day one launch, the Parks & Community Services Department at the City of Kirkland is looking forward to implementing more CivicRec features and identifying ways to further streamline its workflows.

“We are looking forward to smoother business practices,” said Murphy. “We have now taken registrations using CivicRec, but the classes won’t start for two weeks. During that time, we’re hoping to lean how best to continue streamlining our processes using the tools available to us.”

According to Murphy, The City of Kirkland’s goal for the CivicRec system is to optimize greater integrations.

“Our goal is to integrate all aspects of customer service transactions into the CivicRec software, including recreation programming, our Green Kirkland Partnership—which is our volunteer program—our pavilion and picnic rentals, and the automation of our athletic fields and rentals.”

Looking back on the implementation of CivicRec, Murphy is pleased with the results.

“We implemented the CivicRec system in four months. It’s pretty awesome that we were able to be that successful on a launch in that amount of time. To raise revenues 32 percent after a quick implementation is pretty cool. We are definitely a work in progress. The first phase of implementing CivicRec provided enough modules and opportunities that we will continue to take advantage of the technology that the system offers. Fortunately, we don’t have to do it all at once. We will be busy over the years improving our services and streamlining our processes using the features and solutions available to us from CivicRec.”