$1.6 Billion in Preparedness Grants Announced by the Department of Homeland Security

Your municipality could be eligible for federal grant funding to support your digital public safety communication efforts. 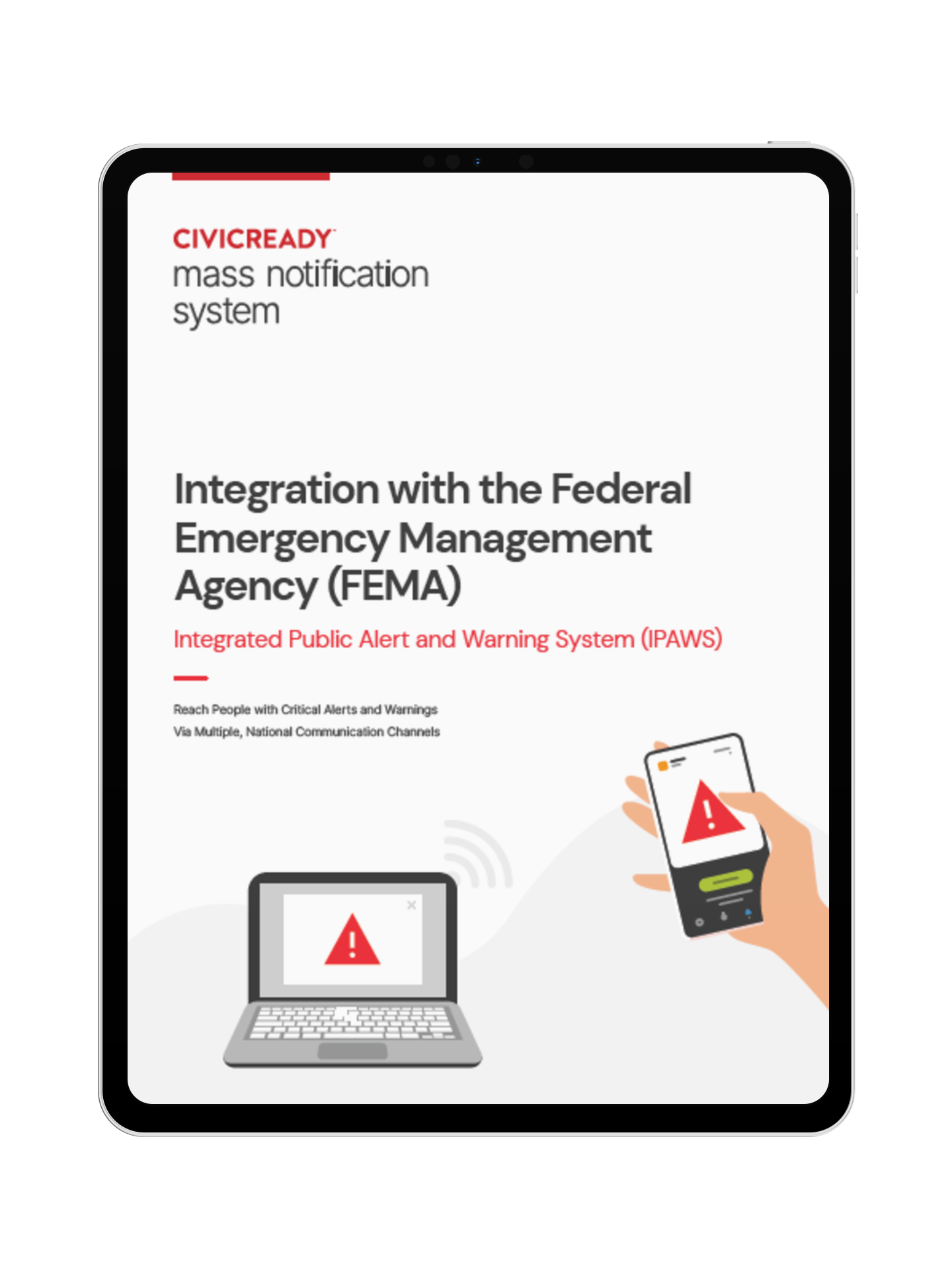 Learn about IPAWS and how an integrated system allows you to craft an alert once and reach as many people as possible.

The Department of Homeland Security (DHS) announced $1.6 billion in grants to provide critical funding to state and local governments targeting public safety and security. This news comes just a month after the allocation of $405.1 to the Emergency Management Performance Grant Program. This latest announced funding is in addition to the previous commitment, showing an increased focus by DHS on immediate action to help make communities and the general public feel safer and more secure.

The Federal Emergency Management Agency (FEMA) identifies five core capabilities as part of its national preparedness goal for any community: readiness, preparation, protection, response, and recovery. As times change, so do the threats. With these announced allocated funds, DHS aims to ensure that communities of all sizes across the country can bolster their core capabilities while also placing a new, specific focus on the threats of terrorism and disaster prevention.

“As the threats we face evolve, so too must the grant programs intended to prepare communities for those threats,” said Secretary of Homeland Security Alejandro N. Mayorkas.

What is the focus of this new funding? DHS has identified six national priority areas in the fiscal year 2022 grant cycle:

Allocations for this fiscal year include non-competitive and competitive categories for eight types of preparedness grant programs.

This year, two new priority areas have been designated for the SHSP and UASI grant programs. These programs concentrate on implementing community preparedness in densely populated areas, and homeland security strategies to address a community’s core capabilities according to their level of risk.

Grant recipients will be required to dedicate 30 percent of awarded funds toward the six domains of focus, and another 30 percent must be dedicated to terrorism prevention efforts for law enforcement.

Read the whole DHS press release and for more information on how to apply for a federal preparedness grant, visit the FEMA Grants online resource.